A common query for homeowners who have recently bought a portable generator is how exactly to connect it to their home's electrical system.

Most believe they can plug the generator into an electrical outlet in the house. However, doing this will most likely end in disaster. 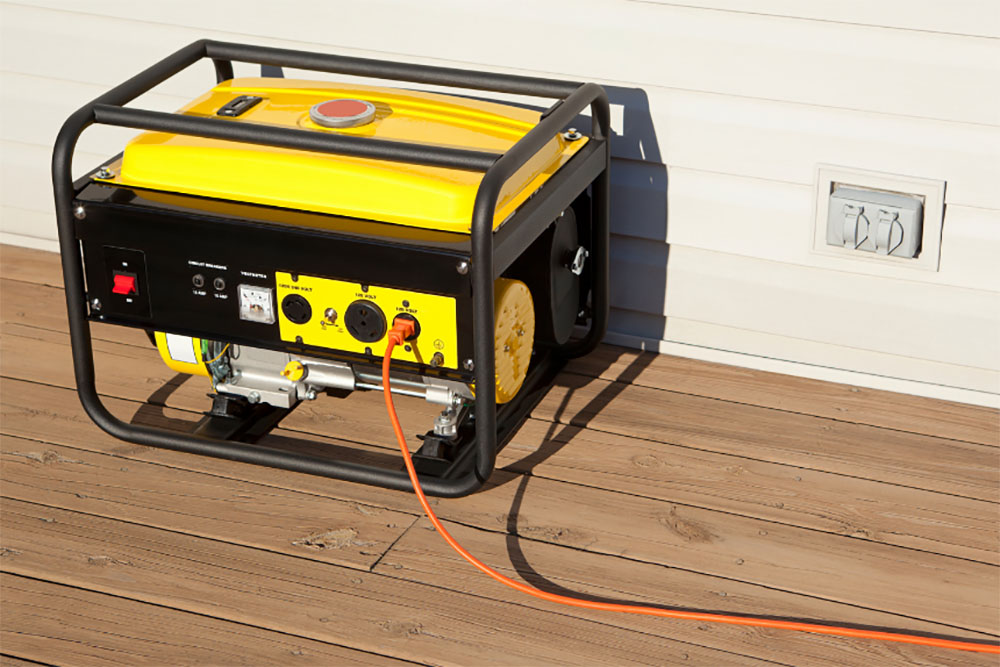 A generator should never be plugged into a wall outlet. It can be done, of course, but there are too many risks involved to even attempt it.

It’s illegal in some areas for one, but plugging a generator into a wall outlet could cause permanent damage to your home’s electrical system thanks to backfeeding.

Below, we’ll take a look at the many risks of plugging a generator into a wall socket as well as some advice on how to safely and properly hook up a generator.

Why You Shouldn’t Plug A Generator Into A Wall Outlet

Before you consider plugging a generator into a standard electrical outlet, here are some of the risks associated with doing so and why it’s a bad idea.

Backfeeding: This occurs when a strong, unfiltered electrical current overpowers your home’s electrical system, causing a feedback loop that makes the electric current run in the wrong direction.

This can permanently damage your electrical system and increase the chances of being electrocuted.

For example, if you touch the cord running from the generator to the wall outlet, you’ll most likely get an electric shock.

This is usually the biggest risk of plugging a generator into a wall outlet.

A generator transfers a lot of energy into your home, and when connected through a regular wall outlet, the electrical power immediately goes into the house’s wiring, bypassing the regulation of a breaker.

However, the danger of backfeeding isn’t just limited to your home. The backfeed and resultant overload will overflow from your electrical system into the public system, meaning any workers operating on the main power lines may also suffer a possibly deadly electric shock.

Permanent damage: Feedback overload from your generator is highly likely to cause permanent damage. As is the case with any other electrical fault, this also increases the risk of a fire occurring.

The overload may also circle back and cause permanent damage to the generator too, burning it out.

To install a backup or portable generator a permit is needed and how you hook up the generator would need to be monitored and reviewed to make sure it’s safe. While there are some exceptions to this rule, it’s very rare.

Damage not covered by insurance: Due to the risks and the illegality of connecting a generator to a wall outlet, any damage that is caused by this type of connection may not be covered under your homeowner’s policy.

You’ll therefore be left to cover those expenses on your own, as your insurance company will not cover the cost themselves.

Safely Hooking Up Your Portable Generator

Plugging your generator directly into a wall outlet may seem easy and convenient, but as we have seen from the above risks, the costly damages to your home, and the danger it has on your life and others hardly makes it worth it.

But there are safer ways of hooking up a generator that are not as hard as you think. 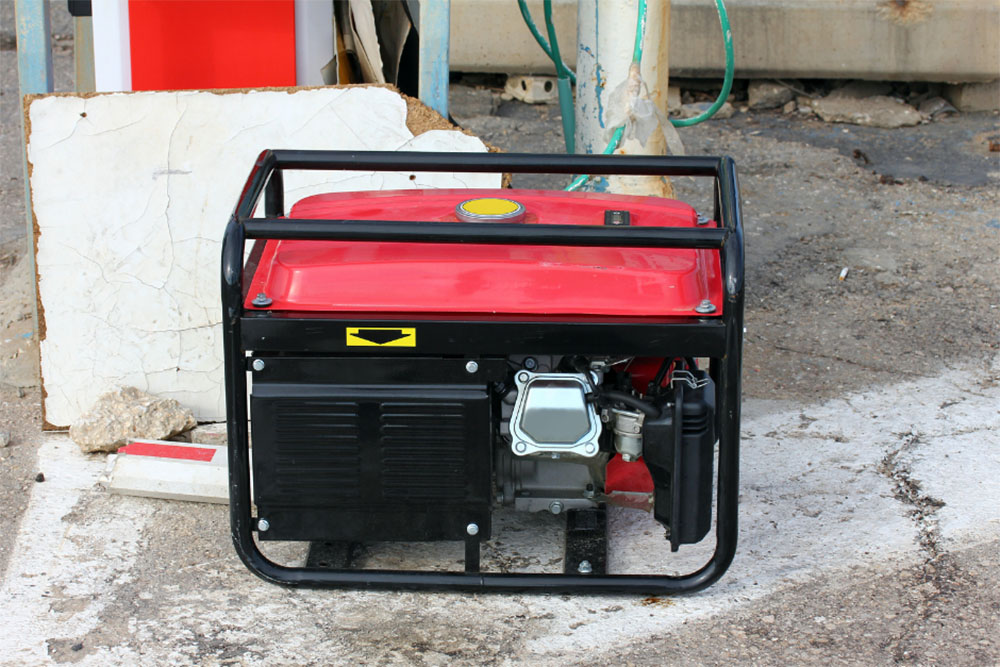 The most important thing when connecting a generator to your home is to make sure that the electric system is not simultaneously connected to the main utility power grid and the generator.

There are a few ways you can make this possible.

This is the simplest way to safely set up your portable generator at home. A licensed electrician is required to install the transfer switch, but compared to hefty costs not covered by insurance, the expense is definitely worth it.

A transfer switch helps you to make more efficient use of your generator as you can choose what you would like to be powered by the generator beforehand.

The generator is subsequently set up to only provide power to the breakers that power the items you have selected beforehand. All you need to do is go to the transfer switch box and flip the switch from utility to generator power.

Interlock switches have the same wiring as transfer switches, and the power is also run from the portable generator through a four-pronged cord into the power inlet box.

The interlocking design prevents the generator switch from being activated until the main power is disconnected.

You may be wondering what the differences are between a transfer switch and an interlock switch.

Meanwhile, interlock switches power the entire breaker panel but lets you manually choose what the generator powers each time.

Power cuts are a common problem, and a backup generator is a smart way to ensure your life can carry on as normal in periods when your electricity is cut off.

However, plugging a generator into a wall socket is never a good idea - no matter how convenient it seems. Consider the above options instead that let you use your generator safely and efficiently. But most importantly, stay safe!