How can a generator suddenly provide us with electricity, without having to build a big power plant and employ hundreds of employees?

It’s actually surprisingly simple, once you understand the mechanics of it all. In this article we’re going to debunk the mystery and spell out exactly how an AC generator works. 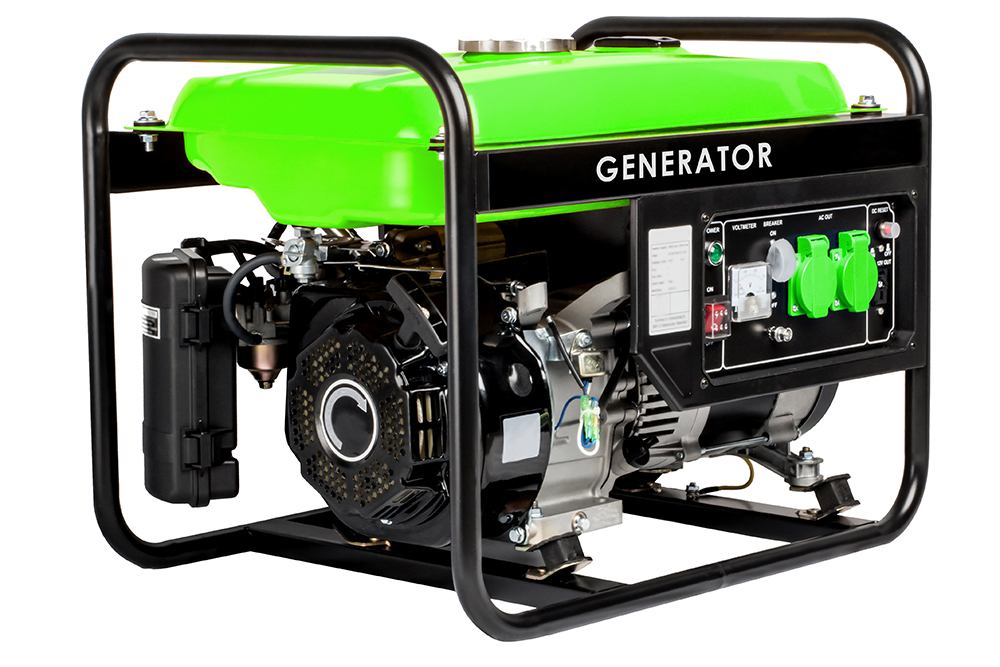 Don’t worry, I’ll try to avoid getting too technical.

Let’s start with the basics.

What Is An AC Generator?

An AC generator is a machine that converts mechanical energy into electrical energy, in the form of an alternating current.

An alternating current is an electrical current that reverses its direction several times a second at regular intervals.

Applications Of An AC Generator

There are several uses for AC generators. Household outlets all use alternating current for example, so an AC generator is a great household backup generator.

But that’s not all. They are widely used in the automotive industry, they make a great power supply for remote locations, they can be used to power large outdoor events, and they’re also used by windmills.

Working Principle Of An AC Generator

As much as it seems like magic, how an AC generator works is not in any way mysterious. It works based on the scientific principles dreamt up by Michael Faraday as far back as the 1800s.

Faraday’s laws of electromagnetism teach us that electric currents can be used to form a magnetic field.

And they also teach us that this also works the other way round, and that changing a magnetic field can produce a current in a suitable conductor.

In an AC generator, an alternating current is produced by placing a loop of wire within a uniform magnetic field, and rotating it.

So, that’s the basic principle at least. Now let’s go into a little more depth.

The Parts Of An AC Generator

This magnetic field must remain entirely stable throughout, in order to achieve a uniform alternating current.

As we mentioned earlier, there is a loop of wire placed within this magnetic field to produce the AC current. The correct term for this loop of wire is “armature”. This too consists of numerous coiled wires.

So, in order for the AC generator to produce a current, the armature has to be rotated within it’s uniform magnetic field. The term “prime mover” is used to refer to any machine part that can be used to rotate the armature.

Examples of a prime mover in an AC generator might include a diesel engine, or perhaps a mechanical motor, such as a hydro turbine or steam turbine.

The prime over is used to operate a rotor, which is what’s used to rotate the armature around within it’s uniform magnetic field.

The “stator” as you might imagine from the name, is the stationary part of the AC generator. It has windings that provide the moving magnetic field that is created as the rotor rotates around.

The term “slip ring” may not sound too important, but they’re actually what is used to convert power to, and from the rotor. They are connected to the coils of wire that are going to and from the armature.

Slip rings have to be very well insulated, so that no electromagnetic energy is dissipated through them, as the armature rotates in the uniform magnetic field and generates electricity.

There are brushes that basically sit on the slip ring as the rotor rotates the conducting material. These are there to ensure that there’s continuous contact between the external circuit and the slip rings.

And in order to make the most out of this alternating current that is produced, there’s an external electrical circuit in place through which you can plug in whatever it is you want to power up.

The Output Of An AC Generator

As you may have gathered by this point, the current that is produced by the generator depends entirely on the movement of the armature within the uniform magnetic field.

Let me explain by looking at it in 90 degree increments.

When the armature is 0⁰ and is parallel to the direction of the magnetic field, there is no magnetic flux, and there is no potential difference (or voltage) induced.

When the armature is at 90⁰ to the direction of the magnetic field, the induced potential difference is at its maximum, which would be the total voltage capacity of the generator.

When the armature is at 180⁰, and is again parallel to the direction of the magnetic field, again there is no potential difference (or voltage) induced.

When the armature is at 270⁰ to the direction of the magnetic field, a potential difference is induced in the opposite direction as when it was at 90⁰.

When the armature has turned a full 360⁰, it is back at its starting place once again  and is parallel to the magnetic field, and is not inducing a potential difference (voltage).

So, as the armature rotates, the voltage goes from zero, to its maximum, back to zero, then back to it’s “maximum” in the opposite direction. And this is what is meant by alternating current.

Advantages of an AC Generator

AC generators have several advantages over DC generators. There is much less transmission loss, the generated power is easy to increase or decrease with transformers, and there is noticeably less maintenance required.

So, it turns out that AC generators are not so mysterious after all. And I hope I’ve explained their workings and parts in a way that you can understand.

But understanding how they work may mean that if there was ever an issue with their working, we can accurately diagnose the issue and troubleshoot accordingly.

And this simple explanation of how they work does not take anything away from how convenient they can be, and what a great innovation they are.