Generators can be an extremely useful and versatile piece of power equipment.

The market offers models from many brands, each differing slightly in terms of specifications and performance.

If you are considering investing in a generator, many questions are likely to arise, one of them being how long you can run the generator continuously.

A generator can be used in a range of settings from campsites and RVs, to job sites or backups for home use in the event of a power outage. It is important to know how long your generator can run before losing power.

Running your generator for longer than recommended could lead to potential damage.

The length of time that your generator can run for is going to depend on many factors such as the model and fuel type, etc. 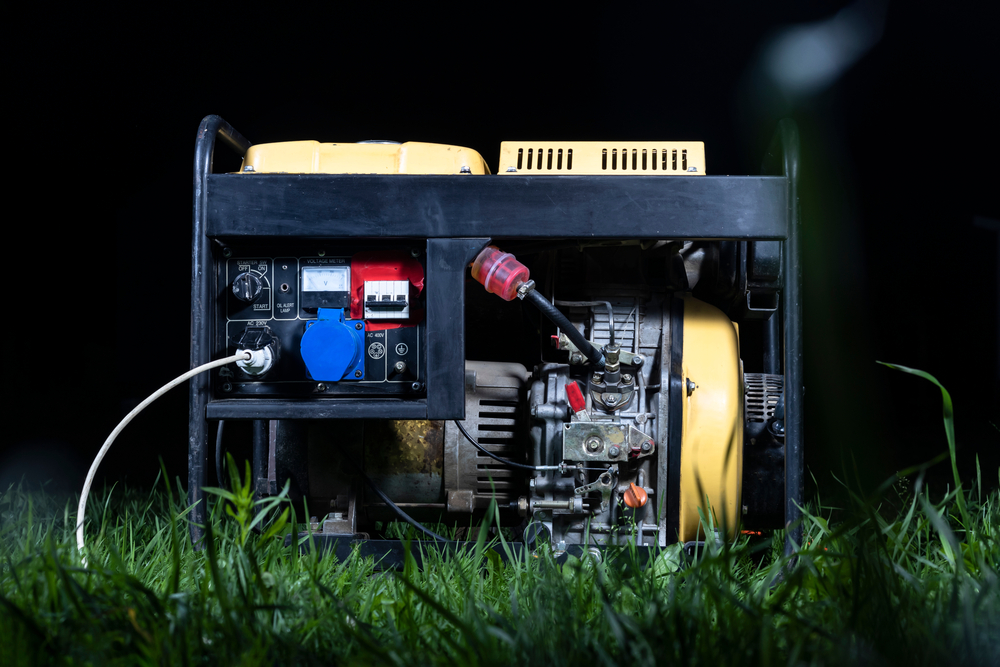 In general, you can expect your generator to run for around 7.5 to 12 hours throughout the day. Of course, this is likely to differ between the model of the generator. Some may be longer, but most are likely to fall within this range.

The run time can also refer to the lifespan of the generator and the total length of time that it serves its purpose in providing you with power.

This is typically measured in hours with some running for a total of as 1000 to 2000 hours. This is based on the assumption that a generator is used for around 100 to 200 hours annually, meaning that it will last for around 10 to 20 years in total.

Below, we have identified many factors that can affect the continuous run time of your generator.

First of all, it is necessary to consider the type of fuel that your generator uses as this can affect the run time with noticeable differences between each.

The most commonly used fuels are gasoline, diesel, natural gas, and propane.

Diesel is commonly used to fuel generators as these engines tend to burn less fuel and as a result, preserve the quality of the engine.

When it comes to using a propane generator for a set amount of time it can run for roughly 10 hours. On the whole, a propane engine is likely to serve its purpose for around 920 hours in total.

The run time of a generator that uses gasoline doesn't differ hugely from that of propane. Again it is going to depend on the size of the tank but the run time is likely to be around 10 to 13 hours over a set period.

When using gasoline to fuel a generator, similar to most other types of fuel, you will find that manufacturers recommend that you don't use your generator continuously for more than 500 hours.

The Size of the Fuel Tank

This is another factor that is going to influence the run time of your generator. The specifications of the fuel tank and its size can vary between models with some being larger than others.

Likewise, a larger generator is going to boast a lengthier run time. The specifications of your generator will state the size of the fuel tank and the specified run time.

The Stress on the Generator

The stress on the generator can impact the run time. Unlike engines made for cars and other vehicles, generator engines haven't been designed to withstand lengthy durations of continuous use. Mant will overheat as a result of running for too long.

Although you may be tempted to run your generator continuously, doing so can put more stress on the engine and cause it to become damaged as a result.

The more stress on the generator engine, the greater effect that it is going to have on the run time. It is advised that you run your generator for around 24 hours at a time as it helps to minimize the stress on the engine.

The Type of Generator

A portable generator can be run continuously for a certain amount of time., It is important to ensure that it is maintained correctly as failure to do so may lead to damage.

To extend the run time of your portable generator, you may wish to use two tanks of propane so that you can alternate between each when needed.

You should try to carry out regular maintenance on your portable generator. A good time to do so is when your generator has reached a 100-hour run cycle.

Due to the more substantial size of a standby generator, they are better suited to long term use thanks to their efficient motors that can withstand regular use.

Despite this, it still isn't recommended to run your generator for too long as this can impact the performance. Ideally, you should limit the use to a set amount of hours.

For example, many manufacturers suggest that you use the generator for around 500 hours continuously, which is a 3 week equivalent before stopping it.

Instead, you can alternate between two types of fuel and this can help to extend the run time of the generator due to a prolonged lifespan of the fuel.

Can you damage a generator by running it continuously?

In most cases, a generator is used as a backup power source. Many generators aren't designed to withstand continuous use as this can cause the engine to become ceased or damaged.

If you do intend to use the generator for a lengthier period, as suggested safe by the specifications, there are steps that you can take to ensure that the generator performs efficiently.

When it comes to the maintenance of a portable generator, it is worth changing the spark plug at certain intervals as this can ease the pressure on the engine which will ultimately benefit the lifespan of the generator.

Is it ok to leave a generator running overnight?

In some cases, you will be able to leave your generator running overnight. However, this is going to be dependent on the run time of your generator.

A generator with a run time that is less than 8 hours, which is unlikely, isn't going to be sufficient in functioning for a whole night. It is recommended to opt for a generator that has double this run time if you intend to use it overnight.

This will ensure that it isn't going to lose any power. It's necessary to bear in mind that although your generator may claim to have a run time of 8 hours, it doesn't necessarily mean that it is going to run for exactly this time.

While it is ok to allow your generator to run continuously for specific amounts of time, allowing it to run for longer can result in a significant amount of damage as they are not built to withstand such consistent use.

The specifications of your product will generally state the run time of the generator to give you an idea in regards to how long it can run for.

Although you may choose to run the generator for the time stated by the specifications, it is recommended that you turn it off at intervals to allow it to cool down.

During this time you have the opportunity to carry out basic forms of maintenance to ensure that it is performing to the best of its ability.

You should expect the general run time of your generator to vary from 8 to 12 hours. When it comes to continuous use, your generator is likely to run for a maximum of 500 hours which is equivalent to around 3 weeks.