Solar panels seem like a neat idea. They’re a completely green energy source; in some instances they’re portable, providing us with energy on the go; and they stand to save us a buck or two on the old energy bill — nice!

But before we spend our hard-earned savings on alternative, renewable energy, we need to know exactly what we’ll be able to run with said energy. 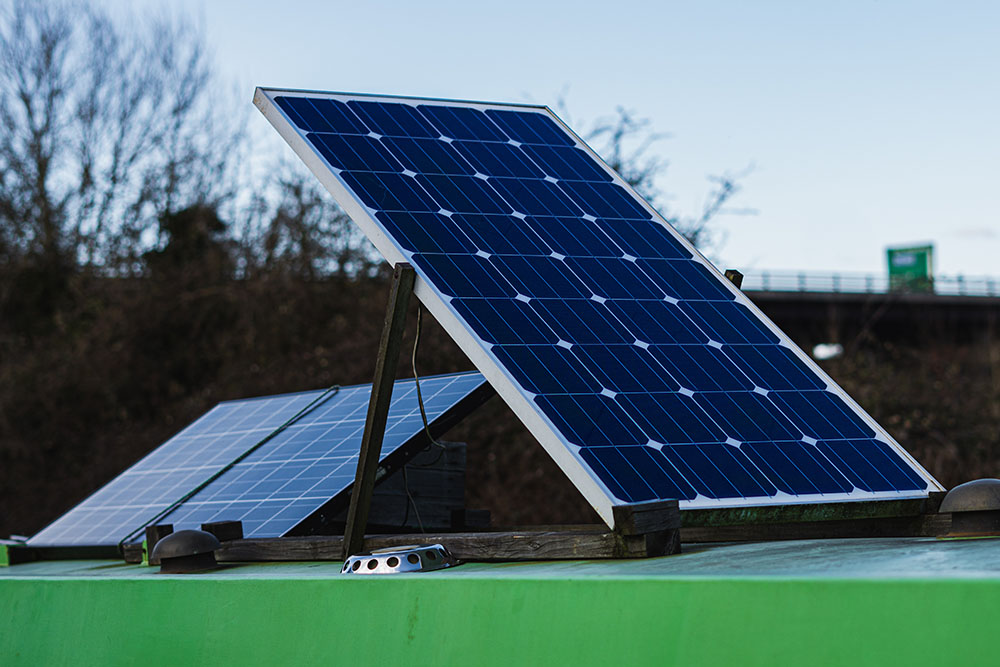 300-watt solar panels are a great place to start your green energy journey, as they’re a suitable compromise between power and size, so let’s take a look at their power potential and how helpful they can be in various settings.

How Much Power Can A 300-Watt Solar Panel Give?

Before we can get into what appliances a 300-watt solar panel can run, we first need to establish how much power they can store. 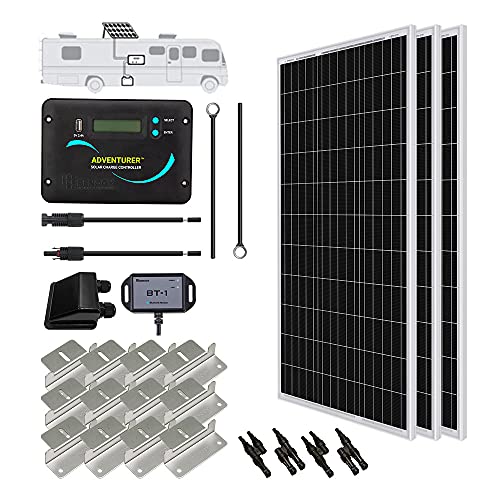 The obvious answer is, of course, 300 watts per hour, which is a logical assumption, not to mention technically correct, but it’s a more complex matter than you may first think.

Sure, a 300-watt sun-sucker has the potential to store 300 watts per hour, but that’s only in optimal test conditions carried out by the manufacturer.

That figure stands to plummet significantly in real-life situations when multiple variables come into play.

The weather is one of the most important variables when it comes to solar power.

Even high-quality solar arrays need to be exposed to bright, direct sunlight for hours at a time in order to reach anything remotely close to their rated output.

As soon as the clouds crawl their way across the sky, blocking a fraction of the sun’s rays, your power potential takes a nosedive.

In fact, most residential solar panels only ever function at roughly 20% of their rated efficiency — pretty shocking, huh? That’s why you’ll see vast arrays of solar panels on the roofs of houses.

It’s not that these people are trying to power some kind of Frankensteinian experiment, they’re just trying to scrape together enough power to run the home essentials.

Another variable to consider is the quality of the craftsmanship and the sort of technology used in the charge controller.

Charge controllers are complex devices, but they’re basically a regulatory hub that converts and directs the energy collected by a solar panel to a battery.

Like the panels themselves, some charge controllers are better than others, but even the best of them lose a fair amount of energy during the regulation process.

PWM is the older of the two charge controller technologies. It’s thought that they run with roughly 75-80% efficiency, with the remaining 25-20%, literally vanishing, undoing the solar panel’s hard work.

MPPT is the latest charge technology, and according to tests, boasts 93-99% solar energy efficiency.

The last variable to consider is the cleanliness of your 300-watt solar. How long did it take for a bird to poop all over your car the last time you cleaned it? 24, 48 hours? Well, it’s the same old story for solar panels. When you place something outside and turn it up to the sky, it’s only a matter of time before it’s covered in dust, grime, and debris.

What Can A 300-Watt Solar Panel Power?

Given time and, with any luck, some fine weather, a 300-watt solar panel can power pretty much anything if you hook it up to a big enough battery. 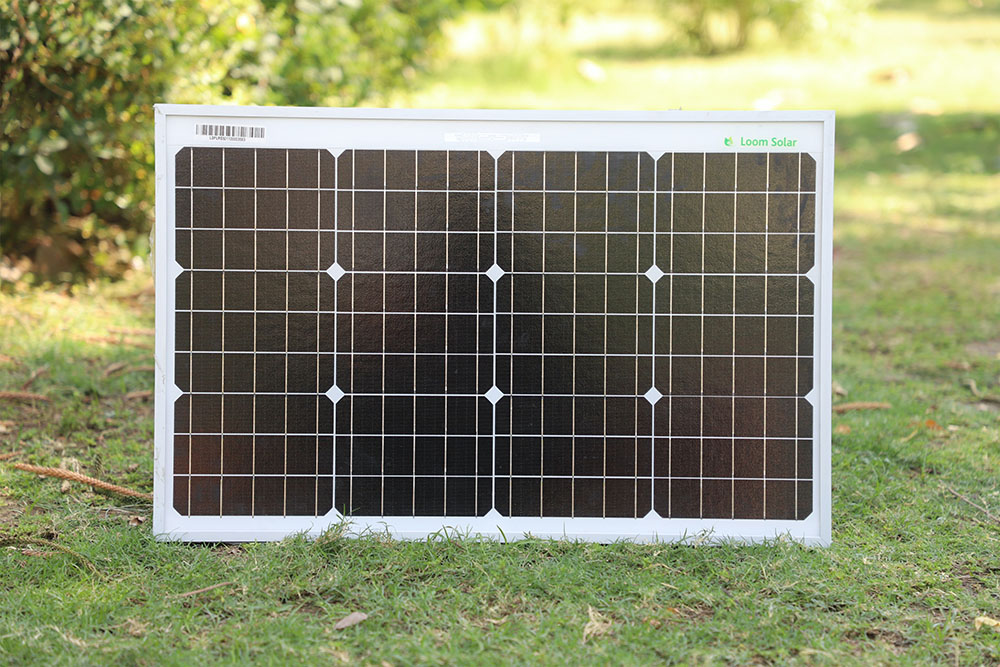 In this scenario, it’s the battery that’s going to be powering your appliances rather than the solar panel, so then the question becomes, how long will it take a 300-watt solar panel to charge an X-watt battery?

Assuming your solar setup is equipped with a PWM charge controller, and your panel was exposed to strong sunlight, hypothetically it should be able to charge a 1000-watt, lithium-ion battery in about 5–10 hours.

If you use an MPPT charge controller instead, you could shorten the lithium-ion charge duration to between 4–8 hours.

That 1000-watt lithium-ion battery could charge your phone around 80 times, power a full-sized refrigerator for roughly 18 hours, a mini-fridge for 28 hours, a widescreen TV for 10 hours, and a headlamp for up to 197 hours. 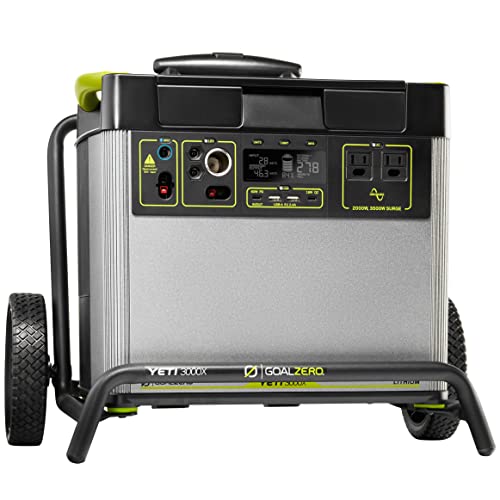 A battery of that size could potentially run a full-sized refrigerator for just shy of 5 straight days, your TV for 60 hours non-stop, and it would recharge your phone upwards of 500 times.

Of course, you’d probably only be using batteries in this manner if you were going fully off-grid. Should you want to draw continuous energy directly from your 300-watt solar panel to offset your on-grid consumption, your power potential diminishes significantly.

To figure out what you could power directly with a 300-watt solar panel, you’d need to have a solid idea of its average output, which will depend on the variables we discussed earlier.

Let’s say that it's a good day, and it’s managing to draw 250 watts an hour. That means you can run any 250-watt DC appliance in daylight hours (you’d need an inverter for AC hook-ups). Alternatively, you could run multiple smaller appliances with a combined draw of 250 watts, such as 25 10-watt lights.

This is a decent amount of energy for RV-living, but it’s not enough to power a home — not by a long shot.

Appliances that run on 250 watts or fewer include…

There you have it, eco-warrior. A 300-watt solar panel will charge some pretty large batteries if given sufficient time in the sun, but if you wanted to draw power directly, in real-time, you’d have to stick to powering small-to-medium electronics.

To help you figure out what sort of solar panels you need, it’s best to do the opposite of what we've done here today. First decide what electronics you want to power, figure out their combined draw, then search for a solar array that can shoulder the burden.