If you are looking for an answer to the question: what can I run off a 1000W inverter? Then read on for information on what an inverter can power, and which type is the most suitable for you. 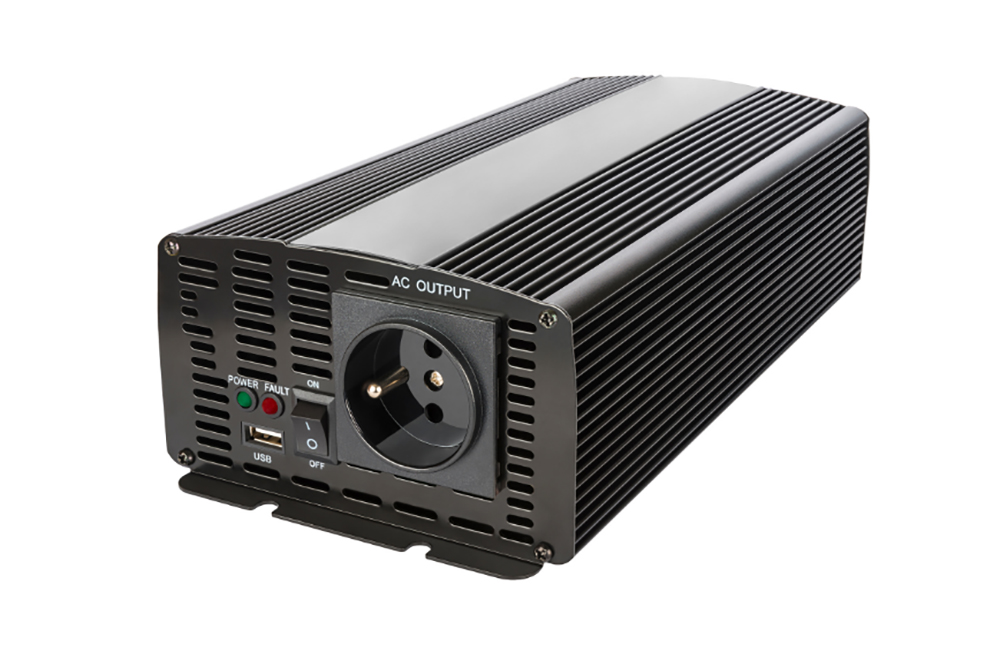 In RVs and off-grid homes, the inverter is connected to the battery bank and uses it to power appliances and devices. In fact, you may want to use batteries as a reserve power source in a grid tied setup.

A 100ah battery can run a 1000 watt inverter at full power for an hour before it is drained. If the battery has a 50% discharge rate, the inverter runtime will be reduced in half so the battery size has to be doubled to 200ah to run for an hour.

What Are The Battery Requirements?

Well, the requirements of the batteries depends on how long the inverter needs to run, and how many appliances it is powering per hour of runtime.

A 400ah deep cycle battery will last 4 hours with a 1000 watt inverter before it is fully discharged. If the battery is discharged at 50% the inverter will stop running after 2 hours.

So, you can recharge lead acid batteries on electricity, the 50% depth discharge rule still applies and to avoid any complications the battery size should be double what you need.

If your inverter has to carry a full load for 2 hours, get a 400ah lead acid battery. The inverter can still use around 166 amps even if you have to recharge when the level drops to the halfway mark - this is plenty of power.

Additionally, you can use a lithium battery bank which will cost you more, but the trade off is a higher discharge rate. If you always use the inverter for long periods, then recharging constantly can be annoying. With a lithium battery you have almost full use of its power.

When it comes to selecting batteries, you should opt for the next biggest size you can get. Why? Well, having reserve power is important in case of a power surge.

As we mentioned before, a 1000 watt inverter can power a vast number of appliances and here are some examples of how you can power such appliances.

For instance, if you are going to run just one appliance it is pretty straightforward to work out. The average laptop uses 200 watts an hour, so with a 1000 watt inverter you can run it for 4 to 5 hours.

Additionally, in an off grid system this all depends on how many batteries are connected to the inverter and the depth discharge.

A 1000W inverter may be sufficient for RVs, as most of these have an additional power source like a generator. In fact, if you spend most of your time in the campsite then you will not need a lot of battery power anyway. If you like to visit lots of locations on road trips in your RV an inverter of this size is pretty sufficient.

What Are Running And Surge Watts?

Running watts is the power used by a device as it operates, and the surge watts is how much power the device requires to start up. If you take a hair dryer as an example, most use 1000 watts to run, which your inverter can handle.

However, its surge or startup watts is 2000 watts, which is double the inverter capacity. This surge only takes a second, but without it the hair dryer will not run.

The bottom line? Before running any appliance on a 1000 watt inverter check its surge watts. If it is over 1000 watts the inverter will not be able to run it, regardless of the running watts.

Even if your inverter can handle 1000 watts, you should not work it to its absolute limit, because if you find yourself running at full power frequently you should invest in a larger inverter.

What Is 1000 Watt Inverter Efficiency?

Inverter efficiency is when power is lost due to inefficiency when an inverter converts DC into AC power.

This is similar to solar panels which cannot fully convert sunlight into solar power. Inverter inefficiency ratings vary, but 85% is the minimum that is acceptable.

Better inverters have a 95% rating which is the range that you should aim for, and the higher the rating the longer the inverter can run when a higher volume of appliances are used in conjunction with it.

The problem with a lower efficiency rating is that it affects inverter performance. For example, a 15% energy loss means that less than 1000 watts are usable - in fact, potentially 900 watts or even lower. So, you have to make sure that the inverter quality is high.

What Type Of Inverter Should I Use?

If you are going to run power tools and other sensitive devices, we would suggest that you go with the pure sine wave inverter.

After all, you will want the most effective inverter for these components, so you should really consider it as an investment. If you only use the inverter a few times and for short periods, the modified sine wave will serve you well.