Generators are used to create electricity and power, but with so many different types of generators now available on the market, it can be difficult to know how they differ and how they all work.

So, what about Diesel generators?

Diesel generators are machines that convert the chemical energy that is present in diesel into electrical energy. It does this by utilizing the diesel engine paired with an AC alternator. 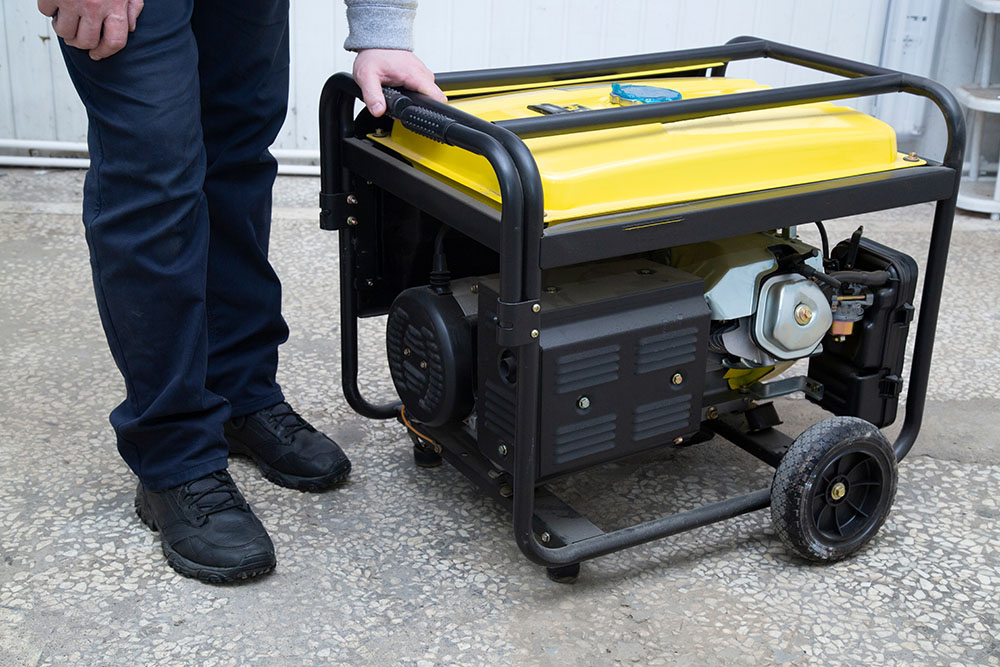 Diesel generators will usually come complete with a large tank, a handy control panel, as well as a radiator system.

In this article, we’ll explore what makes diesel generators different from all the other types of generators available today, and how they work to produce electricity. Let’s dive in!

What Is A Diesel Generator?

Diesel generators are extremely important appliances which use diesel products in order to generate power. To create power, such devices combine an electric generator with a diesel engine.

Diesel generators use burning to transform most of the chemical power in diesel to potential power.

This energy can then be used to turn a crank, which generates electricity. Pushing the cable through a magnetic field induces electrical currents inside of it.

The magnetic field is commonly produced by 2 polarised magnets inside an electric generator.

After that, a cable is coiled multiple times all around the diesel generator's crank and positioned in between the magnets found inside the aforementioned magnetic field.

The cables are transferred throughout the magnetic field whenever the diesel engine spins the crank, which might produce electric charges inside the power circuit.

Typically,  diesel generators will use 0.4 L of diesel every kWh.  In essence, the diesel engine is an engine in which combustion occurs.

Diesel engines, unlike a gasoline engine, need heat from compression in order to ignite and combust the fuel pumped through into the infusion cylinder.

Diesel engines, generally, have the best thermal effectiveness of any combustion engine, achieving a fraction of Carnot cycle efficiency.

Several crude oil substitutes can be used in diesel engines.

Fossil fuels, alcohols, petroleum, wood gas, and diesel are all possible fuels for a diesel engine.

They can be employed in a variety of settings, including classrooms, institutions, factories, and households.

They can even sometimes be utilised as the primary source of electricity or even in the event of a power outage.

There seem to be four primary ratings for generators, which vary depending on the use.

For backup applications, Emergency Standby (ESP) and Limited Time Power (LTP) are utilised, whereas Continuous (COP) and Prime Rated Power (PRP) are employed if used as a major source of electricity.

Each grade is constrained by the number of hours and the load factor.

If a generator is intended as a backup, it generally has a Transfer Switch.

This is simply just a technical mechanism that prevents the generator and the mains electricity source from being hooked up to the application at the very same time.

If mains power is available, adding a generator at the same time requires appropriate regulations in order to run both in tandem.

Without such a control mechanism, the generator could be severely damaged, resulting in fires.

When the main power supply fails, attaching a generator to the system before separating it from the main supply may return the power to the grid, possibly injuring someone trying to restore the power source and likely damage your generator when the main electrical supply recovers.

Diesel generators necessitate periodic inspections at predetermined times. This varies by model, however the engine is usually one of most vital components to be maintained.

Engines typically need servicing after 250 or 500 hours, but the supplier determines the service schedule.

Regular maintenance would often include a thorough inspection, replacement of the air purifier, oil filter, and fuel system, as well as oil and maybe even some belts, including the radiator fan gear and the charging generator belt.

Servicing your generator is critical to ensure that it provides the electricity generation you require when you really need it most.

Is A Diesel Generator A Good Idea?

Because this sort of generator is used for extended periods of time, it necessitates frequent maintenance to ensure that all of the components are working properly, as mentioned above.

It's critical to pay attention to the generator's engine, maintain it, and lube it, because it will operate constantly for hours at a time and requires this attention to keep its effectiveness.

Diesel generators are a form of generator which has revealed the benefit of becoming more cost-effective and are suited for situations in which the core principle is a power source for breakdowns and high performance for high power, such as in big factories.

Diesel, on the other hand, is intriguing since it is a fuel which provides superior performance, which really is critical in situations when productivity is required.

The diesel would be in charge of starting a generator and so starting the burning.

This motion moves the central core, converting mechanical energy into electrical energy only with help of the alternator, allowing the diesel generator to start.

Diesel generators are usually employed in a wide range of industries everywhere around the world.

They are often located in remote regions where they will be connected to the electrical grid and therefore can be utilised as a primary or standby source of power.

Diesel generators may be used to counterbalance the grid's maximum energy requirements since they can be switched on and off fast but without causing any latency.