The average portable generator that’s powerful while small enough to be carried around is 2000-watts.

They’re handy for many small-scale uses and can be transported without having to use any extra equipment, so it makes sense that they are so popular. 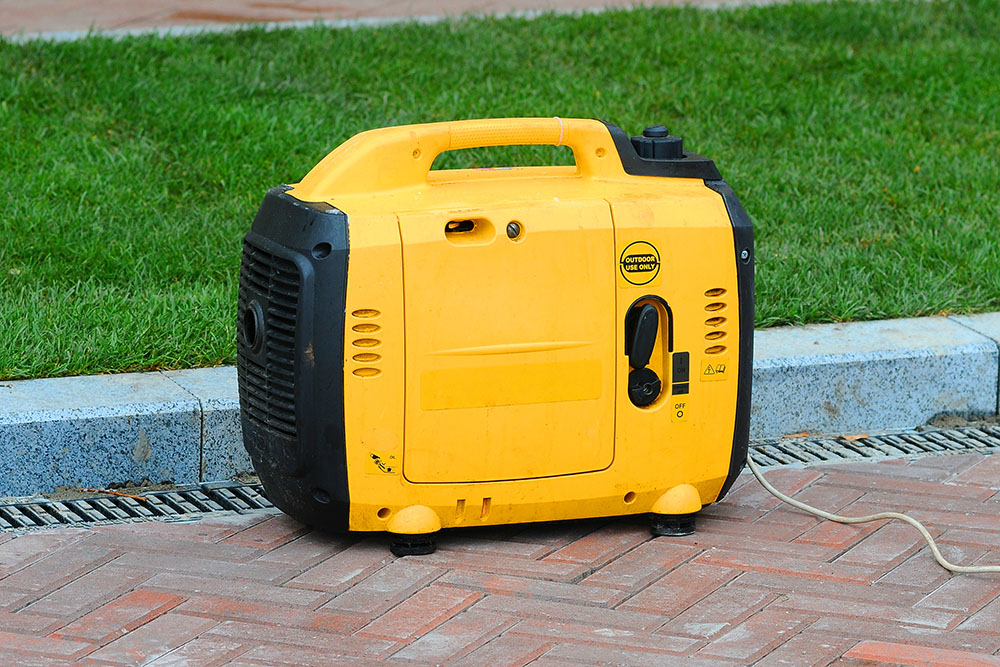 If you’re new to owning a generator, it can be hard to imagine what 2000 watts can cover.

That’s why we’ve written this short guide where you’ll find out what you can run off a 2000-watt generator, whether it’s a standard one or an inverter generator.

Weak generators won’t power anything, suffer from costly parts breakages, and can even damage themselves and endanger you if they overload.

When talking about wattage, you need to know the difference between starting watts and running watts.

The starting wattage is the power demanded to get the motor spinning in generators and some appliances.

It’s always higher than the running wattage, which is the consistent power level that is required by the generator and appliances.

Many generators are sold with their starting wattage front and center instead of their running wattage. Make sure you consult the running wattage too, otherwise you could end up with a generator that isn’t up to the task.

As for appliances, the power spike required for the starting wattage can range from 10% to 50%. Fortunately, there is a simple method for figuring out how much you need from your generator.

Your generator should have a starting wattage that exceeds the number you get, preferably by 10% to 20% so that there is some breathing room.

Let’s take a look at what 2000 watts can run, so you know what to do with your shiny new 2000-watt generator. You can expect to power quite a few low-level appliances with 2000 watts. 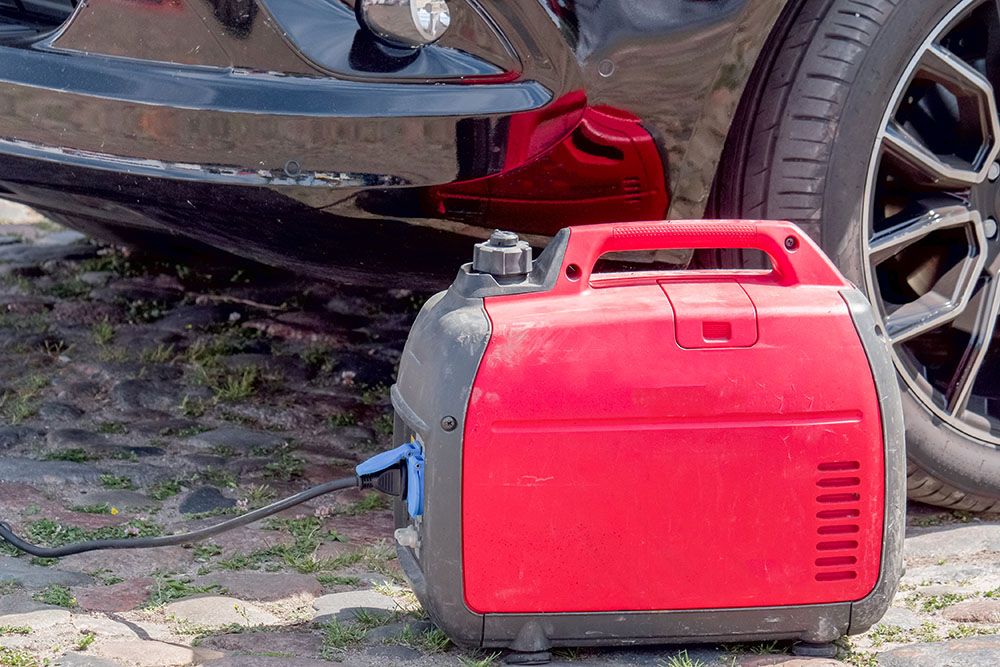 We’ve gathered many common appliances and described the general power demands of them all.

While we can give estimates, you should check the running wattage for your specific appliances since wattage changes across brands and items.

First, let’s get a common use of generators out of the way. Many get generators to power sump or well pumps.

The average sump pump has a starting surge of around 1200 watts but will draw 800 watts consistently when running.

Some wells are larger and require larger pumps, in which case you can expect those figures to be higher.

Sump pumps can require 1000 watts to run, so you can feasibly run both a sump and a well pump from 2000 watts if needed. You won’t have any wattage left over for a water heater, however.

Air conditioners often have their power measured in BTU, so you may have to do some extra digging to find specific wattages. That said, 2000 watts can generally handle an RV air conditioner that achieves 15000 BTU.

Remember that you’ll need to use the remaining wattage to use lights or your personal electronics if you’re in an RV or a mobile home.

With a 2000 watt generator, you can run many of the smaller-scale appliances you’ll find in the kitchen.

An electric stove running one element can be powered alongside a deep freezer that asks for 500 watts.

An electric stove running at full capacity will easily eat up the whole generator wattage and an electric grill will come close, eating 1700 watts.

A better option is to use a microwave instead, which typically only wants 650 watts. Slow cookers are even better, running at 300 watts.

If you’re using a refrigerator with a mid-size energy star rating, you can expect to tackle 1200 watts of starting wattage before lowering it to 200 running watts.

Refrigerators have a big gap between their starting and running wattages. This means a 2000 watt generator could easily run a refrigerator and have 1800 watts left over to power up other things.

Again, in an RV scenario, you can use that wattage to power lights or a computer.

Generators are often used for power outages, so many want to run heaters or fans off of them. Fortunately, a 2000-watt generator can handle the average radiant heater, which demands 1300 watts.

If you’re running other appliances, let the starting surge pass before connecting other devices.

When you have a furnace, the generator can run a furnace fan that has a starting wattage of 1400 watts and a load of 700 watts.

That’s a furnace fan that uses a third of one horsepower because those that use a half horsepower will need over 2000 watts, so you can’t use a 2000-watt generator to run them.

Make sure you check before trying to run any furnace fans.

Portable generators are often hauled to construction sites to power the work going on there. 2000 watts isn’t much on a work site since power tools eat up more power to run than many home appliances.

For example, a typical belt sander has a surge of 2400 watts and a running wattage of 1200 watts. Once past the surge, you should be good. Similarly, a circular saw demands 1400 running watts.

Work lights can be as little as 300 or as much as 1000 depending on the wattage required.