Part of RV life is working out what equipment you take with you, and what you have the on-van power to consistently use.

When you’re using an inverter to draw power from your batteries, the trick is to work out how many watts of power each appliance draws, and how much power your inverter can supply. 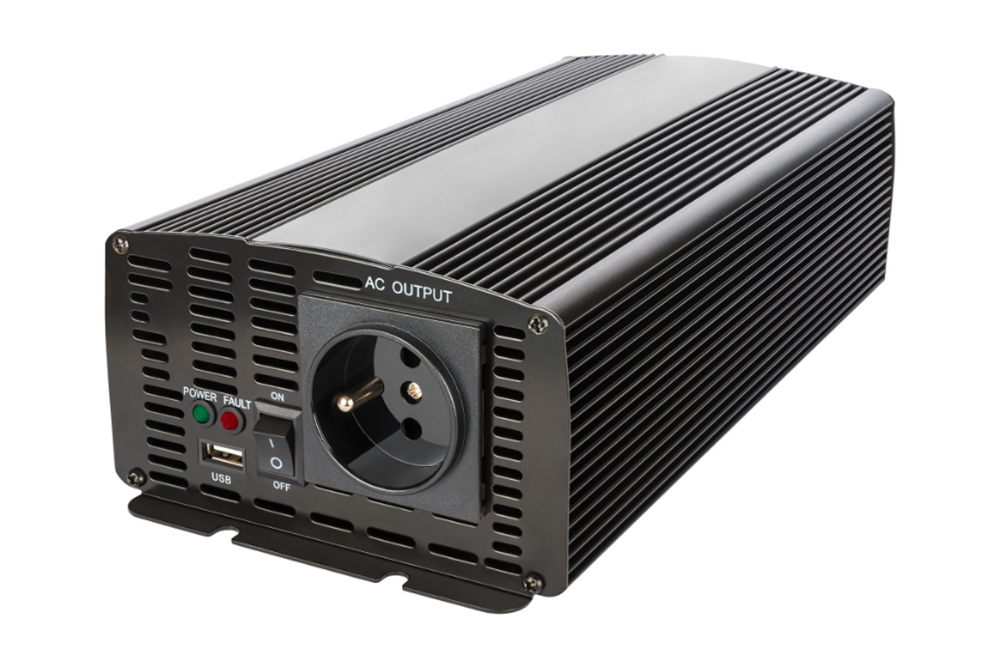 Typical inverters available in store or online deliver 1500 watts of AC, with 3,000 watts of surge power.

So Can You Run A Refrigerator Off 1500 Watts?

The short answer to this question is yes, depending on what refrigerator you have.

The longer answer gets into a discussion about what units draw how much power, and how long you need to be able to run them for. It also encompasses questions of whether just because a thing is possible, it is necessarily advisable.

Your choice of RV refrigerator is a crucial purchase, because it’s likely that it will be the single appliance in your van that a) draws the most power, and b) needs to draw it consistently.

Unlike something like an AC, you need to power your refrigerator pretty much 24/7, because the moment it stops functioning is the moment your food (and beer!) starts warming up.

Leave your refrigerator unpowered for too long and you’re throwing out food and drinking warm beer. Nobody wants that.

Usually, in the energy-conscious, climate change-aware 21st century, the number of amps your refrigerator draws at various points in its operation will be listed inside the machine. If it’s not listed on the machine, it will be listed in the user manual.

Again, as a ballpark figure, your refrigerator may draw anything up to 8 amps on start-up, and between 2-4 amps while in standard operation. The higher end amp-count will be for something like an RV double-door refrigerator.

To understand how many watts your refrigerator uses, there’s a simple calculation to apply. The amps=watts/volts.

If you need to find out the wattage you need, the joy about equations is you can turn them inside out. So, if you know the amps and the volts, you can find the watts by reversing the formula and applying it as watts=amps x volts.

Weighing Up The Figures

If you know the wattage, you can understand whether or not you can run your refrigerator on a 1500 watt (or indeed a 1000 watt) inverter. Adding in figures for time means you can know at least roughly how long you can run it for on the power supplied by each inverter.

To put that into perspective, a fairly small coffee maker might draw 600 watts, but only for a matter of minutes.

Again, whether you can run a refrigerator from a 1500 (or 1000) watt inverter is a matter of calculating the relationship between the wattage the refrigerator needs to draw, the wattage provided over x-time by the inverter, and an assumption of consistent provision over time, so the draw never entirely depletes the supply.

In brief, an absorption refrigerator depends on heat to produce a cooling effect. That puts an extra special drain on your batteries and inverter, meaning you can run it for around 3 hours on batteries and a1500 watt inverter.

But even standard “domestic” refrigerators aren’t particularly designed to be run for any length of time on batteries and an inverter alone.

On the standard 1500 watt inverter, a domestic refrigerator might last 12 hours before it totally drains the battery. And that’s assuming nothing else was drawing wattage during the same period.

As with the 1500, so with the 1000 watt inverter. The technical answer is yes – it will if you a) choose your refrigerator wisely so that even its start-up wattage-drain doesn’t exceed 1000 watts.

But how long it will do it for depends on the make and type of the refrigerator, the efficiency of the inverter, and quite how much hard work you want to make life in your RV.

Normally, while it’s possible, people try to avoid using their inverters and batteries for the bigger-ticket energy draws like the AC and the refrigerator. You’re much more sure of your effect if you set up a straightforward gasoline or (more cost effectively) a propane generator.

That way you can run the refrigerator uninterrupted as it needs to be, and the fuel to run the generator becomes a known expense, replaced as needed, rather than draining the life and juice out of the battery.

If you’re using your inverter as part of a full solar set-up, you can get away with powering some refrigerators with a 1500 watt inverter, but that seems to be the minimal “standard” level of inverter you need to reliably get the job done.

If you have only a 1000 watt inverter, you’re really looking at downgrading the size of your refrigerator, possibly beyond the point where it’s cost effective if you’re using it to cool food and drink for more than two people.

Essentially then, if you’re using the inverter with the RV’s battery, we wouldn’t advise you to use either a 1500 watt or a 1000 watt inverter to power your refrigerator.

If you’re using them with a generator or solar panel, you can get away with a 1500 watt inverter on a standard size RV refrigerator.

You technically can power a refrigerator with a 1000 watt inverter, but it would likely be a non-standard mini-refrigerator, and even then, you’d need to check the wattage-draw of the unit to make sure it was within your 100 watt inverter’s capacity.